View all posts by Kevin Gorman

This image was something that i’d been wanting to attempt for absolutely ages as it’s such an iconic image in the history of Transformers comics. It’s also one of the first occurrences of an introdump, only beaten by the Decepticon one on the previous page. I was put off on starting it due to the amount photos that needed taking and edited (oh lasso tool how i hate you…..)

The splash page has appeared in various different forms in the US and UK TF comics. This is the original appearance in The Transformers US Comic: 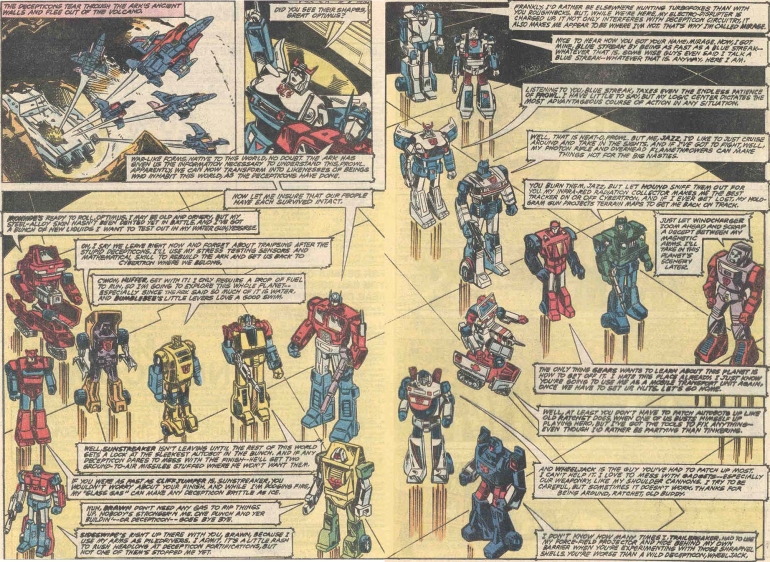 Sometime around the start of this year I slowly began chipping away at the photos and editing, and finished around May. It wasn’t the only image i was putting together around that time, there was one other one with even more photos and editing and it took even longer! I’ll be posting that soon.

Marvel UK didn’t actually publish the splash page as part of the reprint of the US issue but instead printed it as a centrefold poster with the top left panels edited to the Transformers logo.

Later Marvel UK reprints of the first issue would restore the splash page to its rightful position but with new Geoff Senior art to replace the top panels, presumably as the original art was damaged. (more info on the TFwiki page)

My take on the image is a mix of both of the UK versions with text from the later reprints and a logo similar to the first poster version.

So, this is my take on the The Transformers Issue 1 Autobot Intro Splash Page (click to open a larger version) I made two versions as i couldn’t decide which background i preferred! 😀 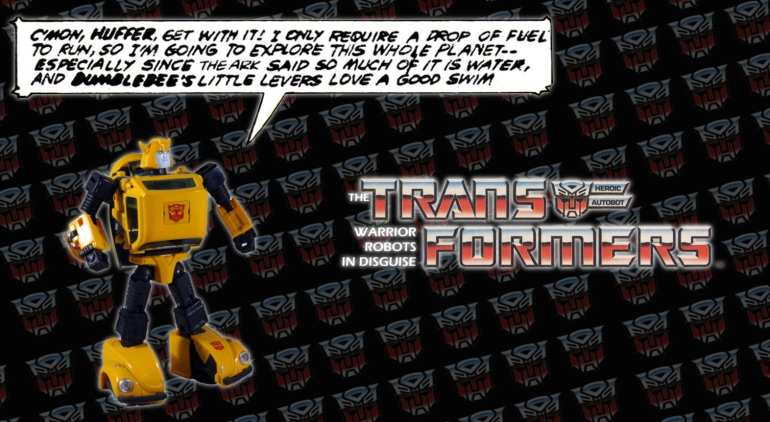